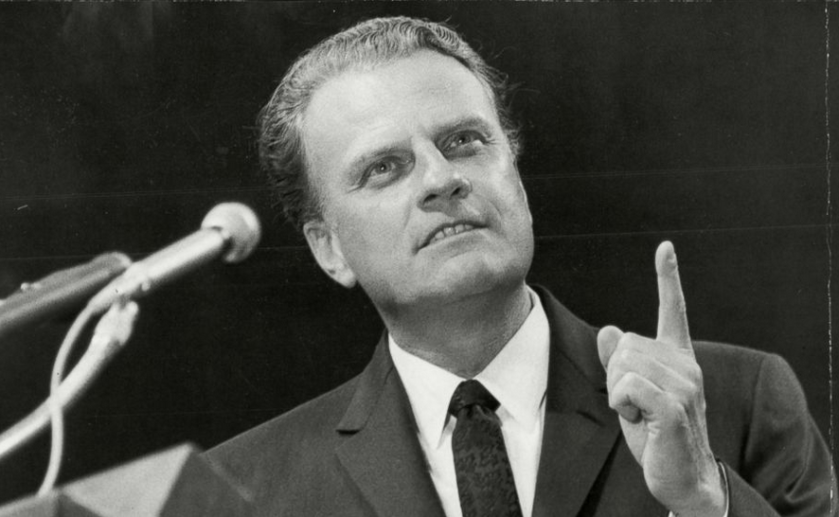 Billy Graham is known as a great Christian evangelist, but evidence points to him being a fake Christian who secretly practised evil.

This post presents evidence that Billy Graham was a Freemason.  Please don’t blow this off. Read and weigh the evidence I am presenting. Throughout this Billy Graham series I will be giving as many links to original sources as I can.

Billy Graham was present at a 33rd degree Freemason initiation ceremony.  We know this from the testimony of James Shaw who was a high level Freemason before he found Christ. Jim Shaw testified that at the ritual where he was initiated into the 33rd degree, Billy Graham was present. Only 33rd Degree Masons and candidates participate in that initiation. Jim Shaw co-wrote The Deadly Deception: Freemasonry Exposed by One of Its Top Leaders (Jim Shaw and Tom McKenney, 1988). The book’s publisher, Huffington House, refused to print the book unless they took out Billy Graham’s name and substituted it with a general description on page 104 (“internationally prominent evangelist”).

The geocities link which Shirley had given is dead, but it had been saved at the web archive. So I took screen shots from the web archive. Each image in the series below  includes a bit of the previous image, to verify that they were all taken from the same place. The last three images in the series show a letter from Tom McKenney. The letter by Tom McKenney is REALLY IMPORTANT. It names the men who were present at Jim Shaw’s initiation into the 33rd Degree of the Scottish Rite of Freemasonry.

Tom McKenney stated that in the original MS of The Deadly Deception, Jim Shaw said that Billy Graham, the King of Denmark, Trueman, Eisenhower, Norman Vincent Peale, Daniel Polling and J Edgar Hoover were all present at his initiation into the 33rd Degree. 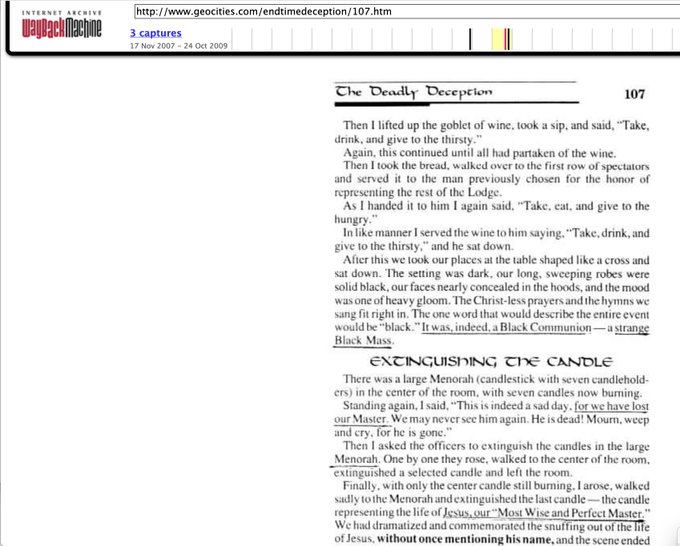 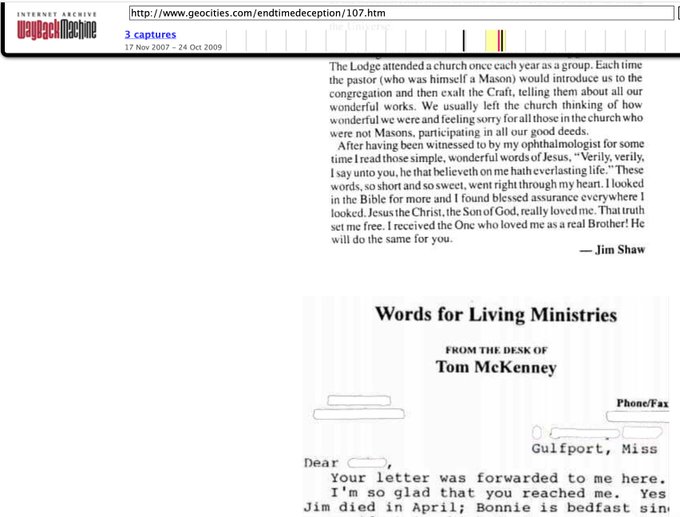 The next image names the men present at the initiation. The right hand margin of the letter is cut off but you can make out the meaning.

The next image shows that this took place at the 33rd Degree initiation ceremony.

I have been advocating for abuse victims in the church for more than two decades. I know how hard it is for victims of abuse to find justice in the church. Could this be partly due to the influence of Billy Graham?

Part 2  will present evidence that Billy Graham was sexually immoral.

Download a PDF of The Deadly Deception by Jim Shaw and Tom McKenney.

Billy Graham, John MacArthur, R.C. Sproul are some of the “Untouchables” in the visible church — Barbara Roberts

Hear the Words of the Lord

...mind roving in causeways between worlds...

'I struggle to understand it' (The blog of George Athas)

I Am A Ritual Abuse Escapee

Be Outside the Camp

A Resistance Site For Victims of CIA, NSA, MI5 and Illuminati Mind Control

Untwisting Scriptures and offering the Living Water, to help others (especially those who have been abused) experience the joy to be found in Jesus Christ

shining a light on dysfunctional & predatory behaviors in the Christian community